Welcome back to the Catapulting Commissions Sales Talk with your host, Anthony Garcia. We’re back with Part 2 of our conversation with Ashley South, National Executive Director of Color Street and CEO of Ashley’s Nail Addiction. Today, they’re continuing their conversation surrounding sales and breaking down Ashley’s perspective on sales leadership.

We met Ashley last episode where she shared how she made the transition from a “traditional” job to sales leadership.

Ashley believes ‘motivation’ can be misleading. Many people believe that you need to feel motivated at all times in order to show up to achieve their goals. The truth is, motivation isn’t constant. It’s not always rainbows and unicorns. You make the decision to run a business–you show up whether you feel motivated or not. You have to keep the doors open. As Anthony puts it–motivation without execution is just  waste.

Ashley has developed dozens of leaders, she feels that there are natural-born leaders, but that isn’t the only way to become a leader. With the right nurturing, people without that natural edge can still be incredible leaders. If you don’t believe that, you’re missing out on a lot of talented people. The number one job to do as a sales leader is to recruit, develop, and retain top talent. You’re selling and executing the dream, not the product. The culture you create will reflect that. It’s hard to walk away from a culture that you want to be a part of, and it’s attractive to want to be a part of for new talent. Empower your team to get something out of their life that they don’t yet see for themself.

Failure is a part of the job. The difference maker that sets apart a bump in the road from a catastrophe is shifting the mindset. You have to prepare for failure and talk yourself into coming in if it happens. It is learning–the more you’re willing to fail and the higher tolerance you have, the more successful you can be.

Ashley and Anthony flip the tables and Ashley asks a few of her own questions. The first of which being redefining goals as you find more success. The goal has to get bigger and scarier–that’s it. You get to a point where it’s not always monetary. Have some people count on you, that’s the simplest way to get there. Accountability goes a long way. From there, think legacy. There’s wealth, generational wealth, and generational legacy. It’s easy to pass down money to your kids–what about their kids? And those after that? Create an independent drive.

Excuses always rear their head when goals aren’t met. Anthony’s least favorite is when someone doesn’t even try. If you don’t try, that means you believed the circumstances and refused to apply your skills. You need to care more about your success than your manager. Communicate what will happen when failure happens.

Ashley and Anthony are partnering in an exciting new collaboration. Everyone on Ashley’s team will be reading the Catapulting Commissions book as a part of their book club, which will be followed by a goals workshop with Anthony, who will be speaking on the topics covered in the book.

Interested in doing the same? Reach out to Anthony’s team to find ways to collaborate. 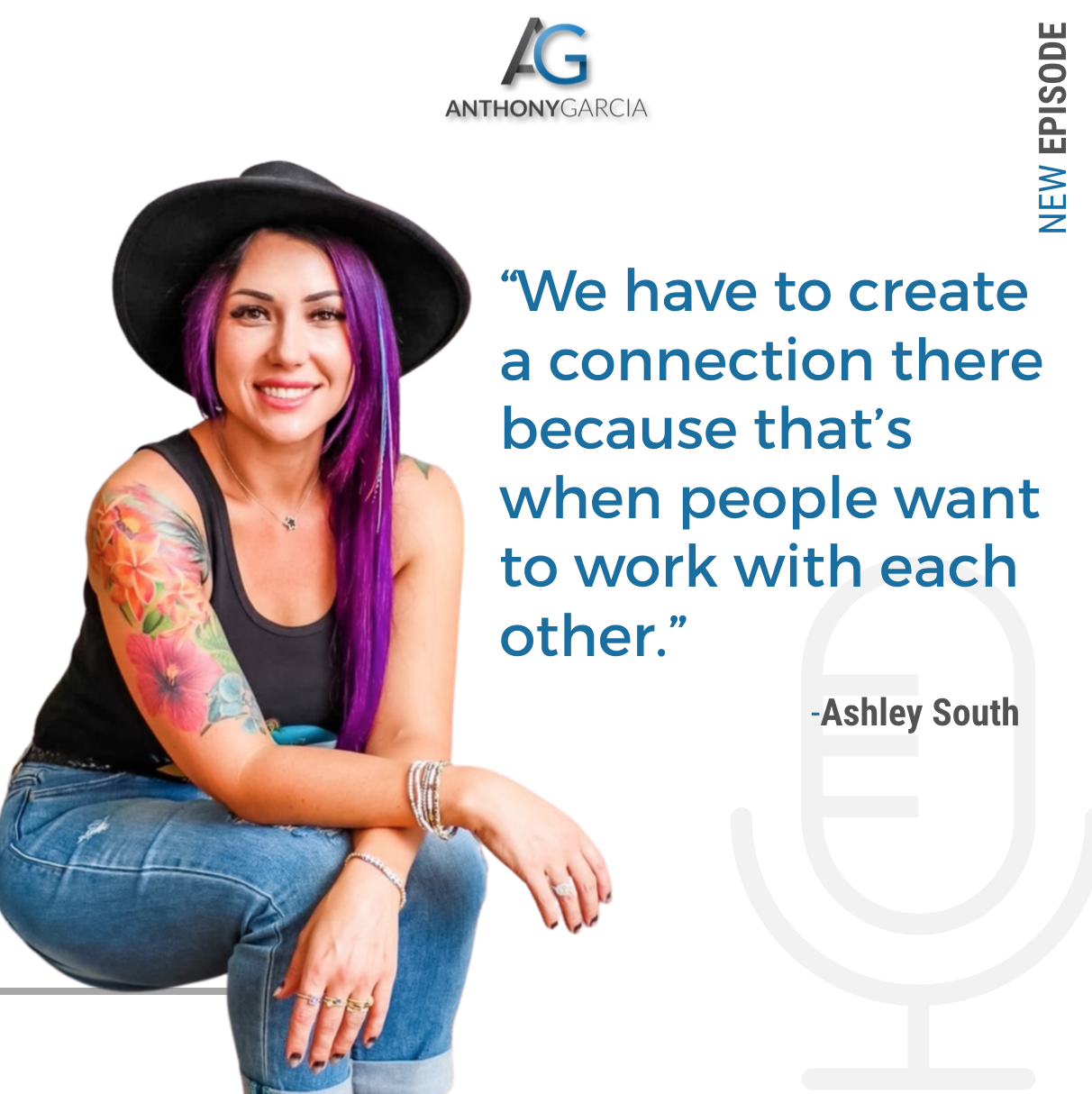